There is a bird that haunts the remaining forest mountainsides of the Philippine island of Mindanao. People know it by various names; scientists christened it Pithecophaga - The Monkey-Eater; but the locals know it by another name: Haring Ibon - The King of Birds. 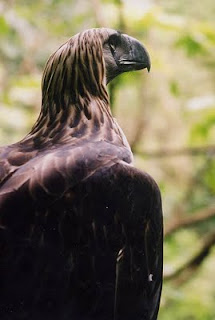 Standing 1-metre tall and weighing over 6kg, the Philippine Eagle is described as being the most regal, tallest, and perhaps largest raptor in the world. It is said to have the longest wingspan amongst all other eagles - measuring over 2 metres. It is also one, if not the rarest and most endangered bird of prey in existence.
History recounts that this fiercely territorial bird may never have been common over the 4 islands it has been reported to inhabit. Breeding pairs mate for life, and require a territory of 100km2 to support themselves. For over 30 years there have been strong predictions of the Philippine Eagle’s impending extinction. In the mid-60's the bird was regarded as "definitely on the road to extinction", an event predicted to occur within the following 25 years. This together with an escalating rate of deforestation, and the birds only producing a single egg every two years, the fate of the eagle was apparently sealed.
But today the Philippine Eagle still survives. After the initial warnings by conservationists, more studies were undertaken, and eventually, the Philippine Eagle Foundation (PEF) was formed, dedicated to the cause of conserving this national bird. The foundation operates from Davao, and is kept going by members’ contributions, and by grants from international and local sources. The PEF is managed by a group, fast gaining a reputation for their dogged determination to see the eagles' population increase and multiply.
A few years ago, I undertook a project to document the work of this resilient Foundation – featuring, at the heart of their conservation project – a single white 200g egg, cradled in the sterile confines of an incubator. After years of trials and tribulation, successes and heart-breaking failure – the culmination of all the foundation’s work had come to rest on this one egg. 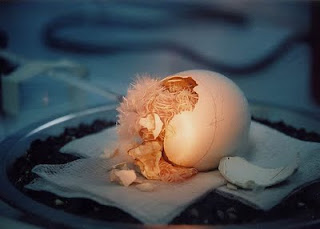 The eighth to be hatched in their pioneering captive breeding project, the fate of the hatchling that emerged from this egg would be considerably different from its predecessors, who are now part of the foundation's captive bred population. Because, within a year of its birth, this eagle would be paired with a mate and released back into the wild.

This was to be the first ever attempted reintroduction, and the path to success would be laid with many challenges. Philippine Eagles are notoriously difficult to keep in captivity; with infection and physical ailments looming every step of the way. And then of course, the eaglets would have to be re-taught the instincts that they had lost in captivity. Doming Tadena, deputy director of the captive breeding operation, and surrogate father to all of these isolated babies, will teach his ‘children’ to become increasingly detached to people, encouraging them to cultivate their wild distrust of humans. From the time of its birth the eaglet will have no direct contact with humans, and even during feeding time, it will only see the face of its surrogate mother, a hand puppet of an adult eagle. 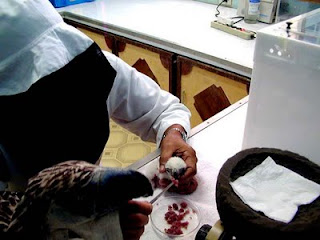 Dennis Salvador, executive director of the Foundation, would also have to shift his campaigning work into a higher gear. In preparing the eagles for the wild, he must work closely with the communities in the uplands of Mindanao, providing them with the impetus to undertake their own local forest conservation. The Foundation encourages these slash and burn farmers to switch from their destructive habits, to more stable methods of agriculture – a process as important as the groundbreaking captive breeding work, because without the forests, the eagles lose their habitats - and that's a sure way of losing them forever. 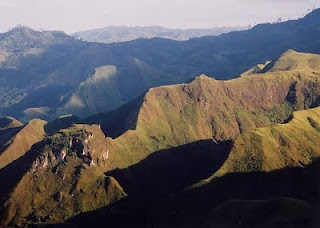 Ultimately the day came when, Kabayan, the chick born in November 2002, was released back to the wild on Earth Day, April 22nd 2004.
Settling into the forests of the country's highest peak, the juvenile eagle was observed to be practicing his hunting skills constantly, performing mock attacks on sticks and branches and occasionally attempting to hunt for small prey items like lizards and rats. He was reported to have been interested in a pack of monkeys but failed in his pursuit as they scurried for cover in the trees. 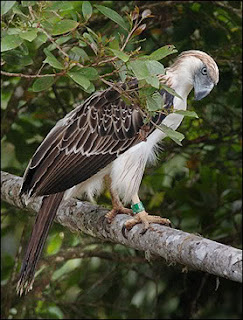 All was looking well for this pioneering eagle, but just a year later, and he was dead - accidentally electrocuted as he perched on a live electricity pylon.
All that effort, all that hope - lost in a moment's miscalculation...
But the true success of this project lies not in the release of this single bird, but in the lessons learned from its brief return to the wild, and the exploits of its successors, and hopefully their eventual offspring – born, raised, and soaring free in the wild.
Only then will the Philippine Eagle Foundation raise their hands in victory. But until then, the fate of this King of Raptors remains one of the most important species-conservation issues on the planet. 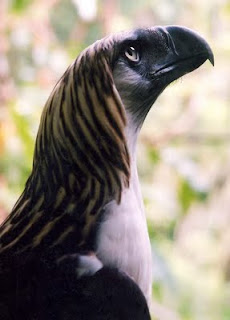 Posted by Charith Pelpola at 9:34 PM

good for the planet:

ON ANIMAL PLANET
Season of the Spirit Bear
Watch my documentary on Sloth Bears.