In this Year of the Monkey it's really apt that a special day has been set aside to celebrate one of their most diverse groups - the Macaques.

Chances are that if you live in Asia, there's a species of macaque living right in or close to your backyard!

I am thrilled to be associated with the organisers of International Macaque Day. Some of my work is featured on their Facebook Page.

Watch out for more Macaque materials coming soon in the days leading up to IMD (March 16th).

Posted by Charith Pelpola at 2:29 PM No comments:

It is with a heavy heart that I mourn the passing of Nihal Fernando, photographer, conservationist and reluctant cultural icon of Sri Lanka.

For his entire life, Mr. Fernando recorded the life and times of his beloved island home with the fervour and passion of a true son of the soil. His photographs influenced countless generations, and opened a nation's eyes as to how beautiful and yet how fragile this jewel of the Indian Ocean was. 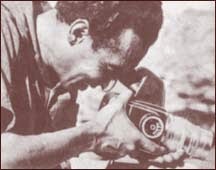 He fought for her in times of strife, and celebrated her in times of joy and wonderment. For Sri Lanka, in spite of all that has happened in recent times, is still as close as you'll get to Paradise on Earth, and Mr. Fernando always recognised that fact.

On a personal level, he literally changed the course of my life. He was as close as I will ever have to a mentor; a father figure.

When I returned to Sri Lanka after a lifetime spent in the UK, he took me under his wing and re-introduced me to the country of my birth. I am privileged to have travelled and discovered much of the beauty of Sri Lanka in his company. I have photographed wonderful landscapes and wildlife by his side; I have written stories and helped edit his books into the wee hours; listening to his spellbinding tales as I worked. And I was immensely privileged as a young writer to help put together his masterpiece: Sri Lanka - A Personal Odyssey. 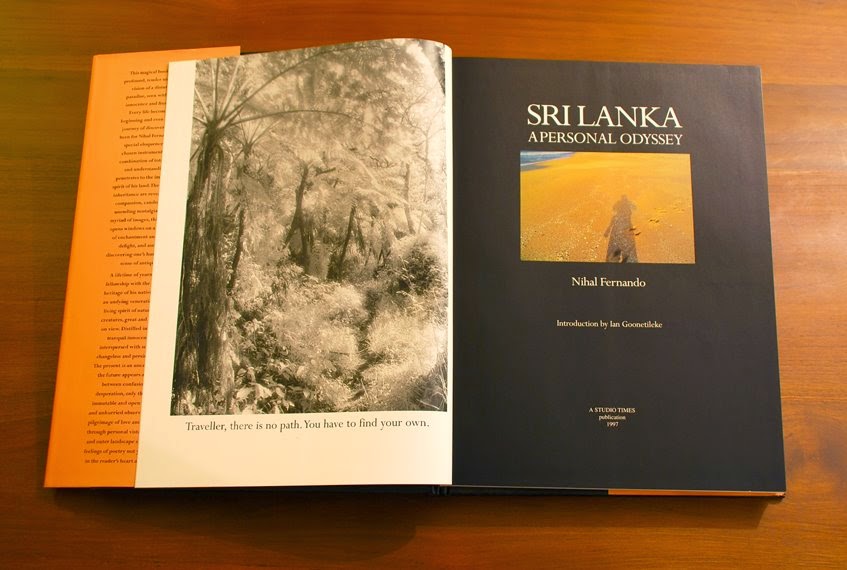 Mr. Fernando had always shunned the limelight; always swept aside any notion of the greatness of his accomplishments. He just loved his country. There is little I can say that hasn't already said about him. But he has had a profound effect on my life. And now it is immensely difficult to write about him in the past tense. 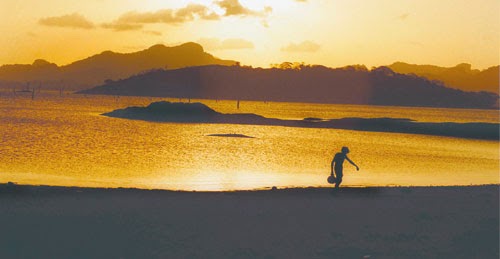 The only thing that I could personally say of him is mirrored in the review I wrote of his amazing book during the time of its original release - it seems appropriate today:

"Now he leaves us to dream with Sri Lanka - A Personal Odyssey. It is the culmination of a voyage that began in high forests among the clouds and led along lonely mountain trails, and down through green valleys of tea and teak. And the path found its destination, at the edge of the waiting sea. It is the voyage of a lifetime, the story of a country's fiery heart, a celebration of all we have inherited and all we have lost. Within these pages, the history of the land unfolds, tightly interwoven with the lives of her people to create a rich tapestry. The book imbues the reader with sentiments of belonging, giving shape to a blend of emotions not easily described, and offering hope for the future."
- Serendib, Vol 17 No 3, May-June 1998

Posted by Charith Pelpola at 4:26 PM No comments:

Article: I Hear The Call of the Wild! 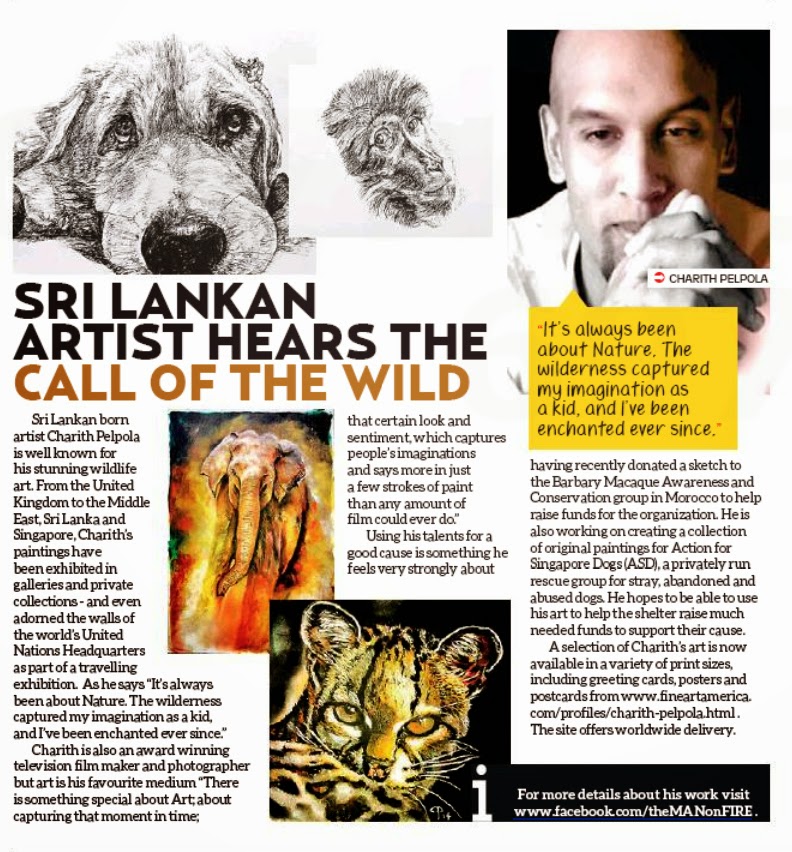 For the longest time I've been wanting to help out and show my appreciation for the work of  Action for Singapore Dogs (ASD)﻿.

They are one of the wonderful groups here in Singapore that rescue, rehabilitate and (whenever possible) re-home feral dogs. These poor animals have often had to face terrifying odds out on the streets and are usually found in varying degrees of abuse. neglect and ill health.

Ricky Yeo and his team have been working tirelessly over the years, with limited resources to give these dogs a second lease of life. I first met Ricky way back in 2001 when he introduced us to a little puppy named Cocoa. For those who know me well, you'll know that Cocoa is the copper-coloured canine that stole our hearts for 12 years, until we lost her last year to cancer. 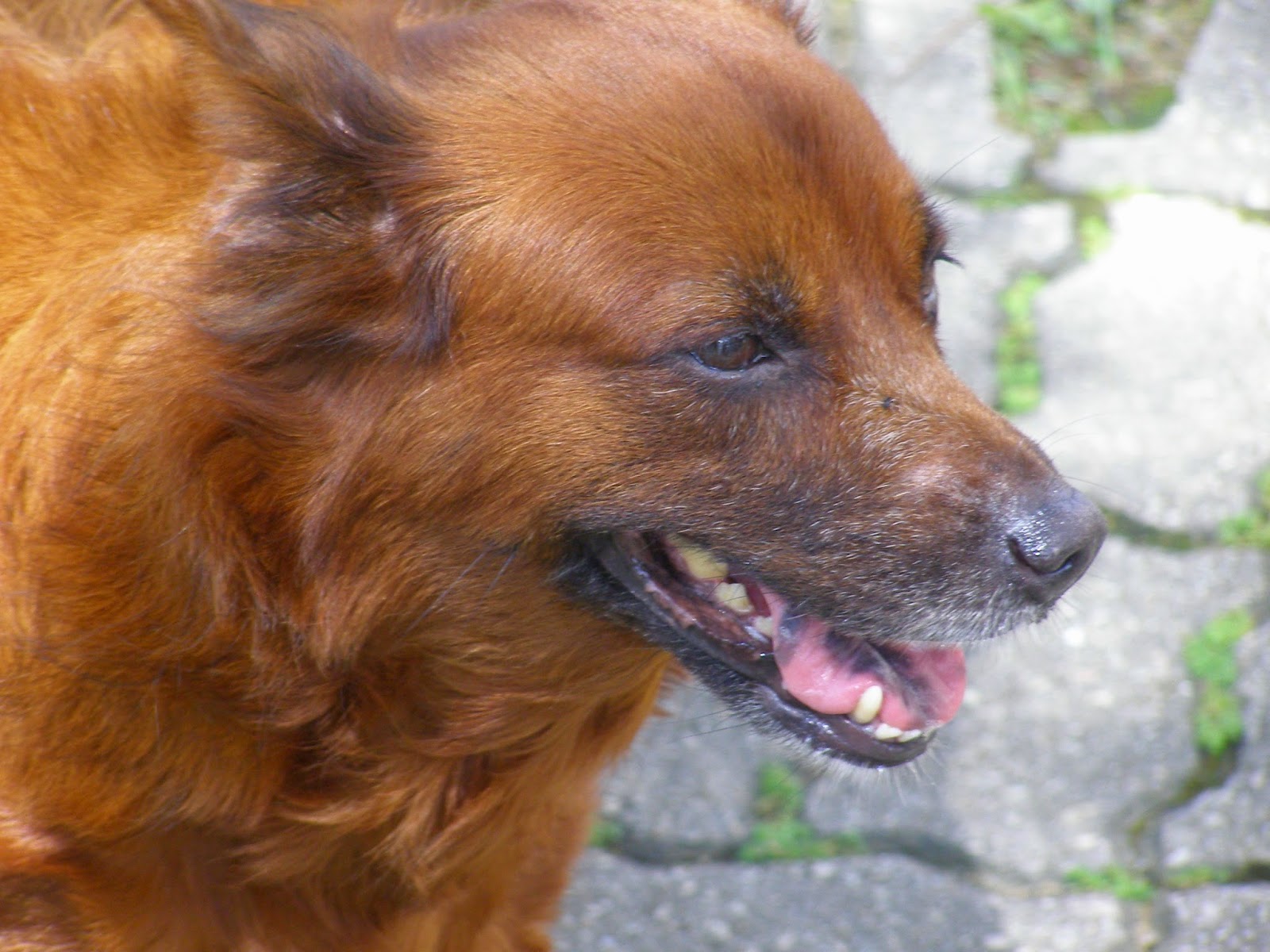 Cocoa and her siblings were rescued from a construction site and would most probably have been culled had it not been for the ASD volunteers. So in her memory and in gratitude for their work I have decided to undertake and donate a series of portraits of some of the dogs that have gone through particularly harrowing times before their rescue.

I've started the project with one old soldier whose story touched me deeply - Uncle Bernie. 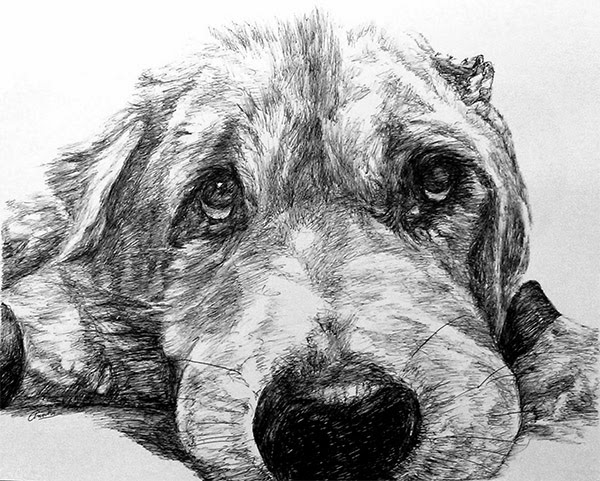 You can read more about him here: http://asdsingapore.com/wp/uncle-bernie-abandoned-because-he-is-old/

Unfortunately I learned recently that Uncle Bernie passed away earlier this year, but at least his last months were filled with love and compassion.

I hope this work will help shed more light on the wonderful work being done by ASD and that they'll be able to use it to raise funds and gain more support.

Find out more about Action For Singapore at their website.
Posted by Charith Pelpola at 11:46 PM No comments:

One of my most favourite animals, the elusive Bear Monkey: 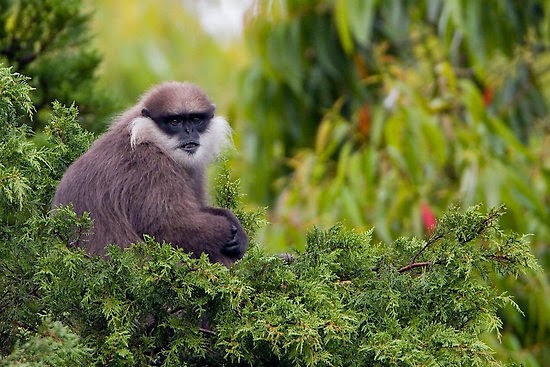 Also known as the Montane Purple-faced Langur (Trachypithecus vetulus monticola) this beautiful creature is classified as Endangered on the IUCN Red List - and can only be found in the highland forests of Sri Lanka.

Posted by Charith Pelpola at 2:37 AM No comments:

In the heart of the Brazilian Atlantic Forest, a stray beam of sunlight penetrates the canopy and illuminates a high branch. Resting in the cradle of its bough, a Margay opens his eyes, and surveys his lofty kingdom. As the Sun becomes obscured by cloud and this green world is plunged once again into emerald darkness, he settles back down - and waits for night to fall... 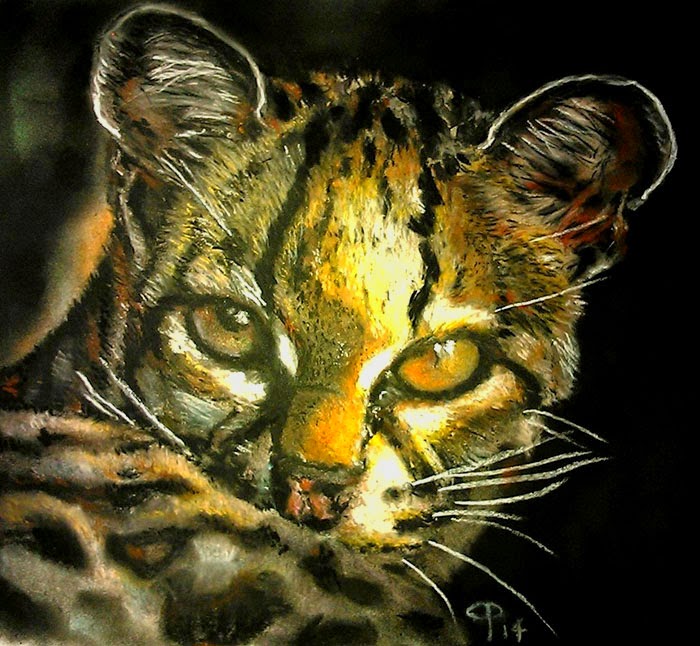 Posted by Charith Pelpola at 2:50 PM No comments: 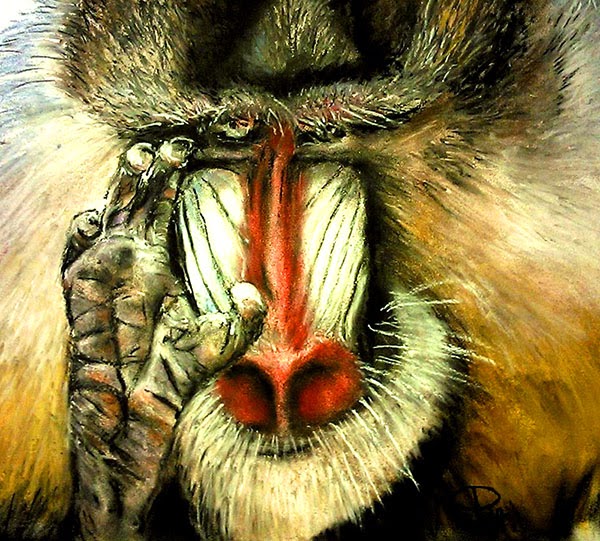 Posted by Charith Pelpola at 5:30 PM No comments:

good for the planet:

ON ANIMAL PLANET
Season of the Spirit Bear
Watch my documentary on Sloth Bears.